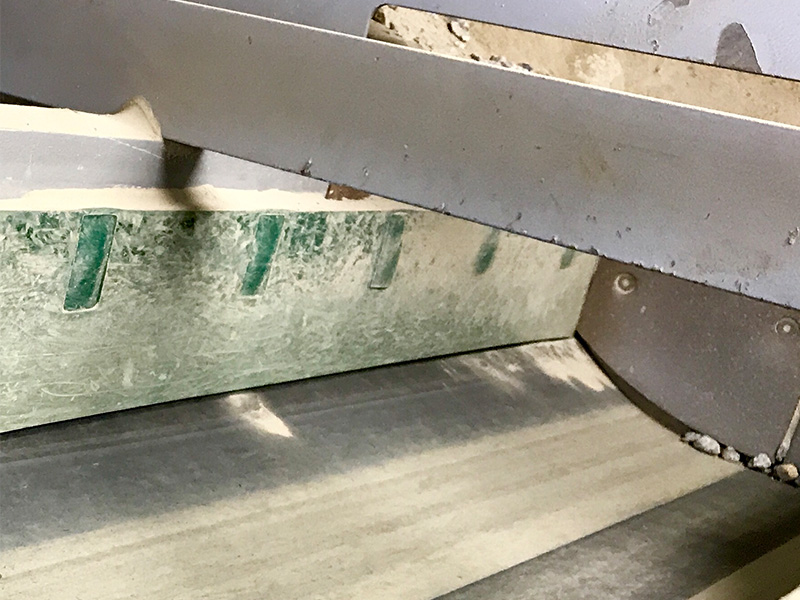 Our customer operates a hard rock quarry in the southern tablelands region of New South Wales with the capacity to produce 5 million tonnes per year.

Keen to find a better solution to the cost of regularly replacing skirting, involving maintenance time costs, schedule shutdown costs, as well as the actual skirting product replacement costs, our customer prepared the following financial comparison in preparation for a trial of K-Containment® Seal:

Our customer decided to trial the K-Containment Seal on Conveyor 2 first, as it only needed 2 panel lengths to seal the belt.  As each panel cost $450, in the initial investment in the trial of the longer lasting polyurethane skirt was $900.  The initial set up of the K-Containment®

Seals took 2 people 2 hours; using the same labour cost calculations as previous it was just $200, with a further anticipated $50 (30 mins) for adjustments for the month ahead.

10 months later and the same K-Containment® Seals are still in operation.  They have not needed replacing – saving our customer product replacement costs as well as the labour costs involved in their change out.  Production has also not been compromised as no shutdowns have been required and the new seal works effectively with the existing rubber skirts.

Finally, the risk of associated manual handling incidents has been eliminated.  Due to the effectiveness of the K-Containment® Seal in reducing spillage, the customer has also experienced a significant reduction in the costs spent daily on labour for hosing off the slab under the conveyors daily.

Overall our customer has calculated savings of $12,500 since installation of the K-Containment® Seals 10 months ago. Now Conveyor 1 also has these skirts.